Concert in the Park with
Michael Allen Harrison and Super Band
5pm - 9pm
​
Please contact us for volunteer, sponsorship, and vending opportunities

No Fireworks this year.

One of Oregon’s music legends & Oak Hills Resident Michael Allen Harrison & His Super Band will
​be in Concert at Oak Hills Park for the 4th of July, 7pm - 9pm.

Michael will be hosting the pre-concert community show from 5pm - 6:30pm.
Michael invites you to audition to be part of this community event.
He is looking for local talent right here in our Oak Hills community.
The focus will be on young talent but all ages welcome!!!
Are you a singer? Play The Piano? Play the violin etc...
Do you have talent that you want to share with your friends, family & neighbors?

Send Michael a YouTube video to michaelallenharrison@me.com
Auditions need to be turned in by June 15th 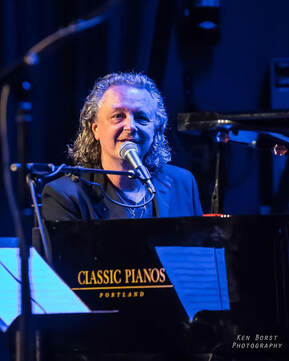 ​Michael Allen Harrison is an American pianist and composer. Trained at the Portland State University School Of Music, Michael began his career as a classical composer, later incorporating other styles and genres such as pop, jazz, new age, musical theater, rock, folk, and world music. Michael was honored with a star on the walk of fame in front of the Portland Performing Arts Center for his artistic and community contributions to his beloved city- Portland, Oregon.

Michael Allen Harrison delivers music to the heart. His classical contemporary style carves a distinct niche of timeless music that has connected with thousands throughout his three-decade career. As an iconic artist, he is known for his magical piano solo performances and recordings, his upbeat sound with his band, his work with inspiring vocalist Julianne Johnson, his skills producing and creating music for ballet, theater and film, his love for teaching and for his giving spirit. Michael is the founder and president of the Snowman Foundation, the Play It Forward Program. Creator of the Ten Grands concert series and the beloved Christmas at the Old Church concert series, approaching its 30th season. He has created over 75 albums released through MAH Records. During the pandemic he created a daily channel on YouTube called Anti Anxiety Covid-19 music. He plans to provide this daily music until the pandemic is over.

​Julianne Johnson-Weiss is a Professor and Director of Music
at Portland Community College, has been childhood friends with Michael Allen Harrison since age 5 and has been collaborating professionally with Michael since 1988.

During her remarkable 30-plus years as a performer, Julianne Johnson-Weiss has entertained audiences on Broadway, cruise ships, the Demilitarized Zone in Korea, the French Riviera, and other international venues. An acclaimed singer, actress, director, and producer, Julianne has deep roots as an educator and artist-in-residence. 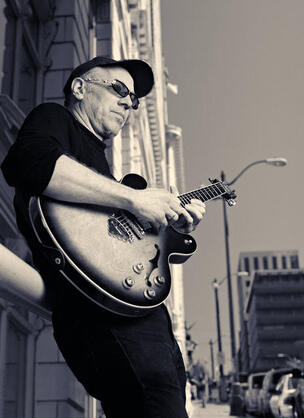 ​From coffee house gigs at fifteen to chart-topping success with the Tom Grant Band in the 90s, world tours with two-time Grammy Award winner Diane Schuur and contemporary jam-bands, Dan Balmer brings fire and heart every time he plays the guitar. His playing spans nearly one hundred CDs including twelve as a leader from which his original works have appeared internationally in television, film and radio.

An in-demand educator, Dan maintains a busy schedule of private lessons, group clinics and master classes throughout the US and abroad. He adjudicates student jazz band competitions at events such as the Monterey Next Generation Festival and Reno Jazz Festival along with being a long-term teacher at the Centrum Jazz Workshop. He is the director of jazz combos at Lewis And Clark College while also on faculty at virtually every other college in the greater Portland, Oregon area.

Dan’s love of guitar and making music combined with discipline, technique and restless curiosity provide an ever-deepening experience for himself and his listeners. In every performance he finds himself in the middle of the path, amidst a continuous and compelling process of discovery. 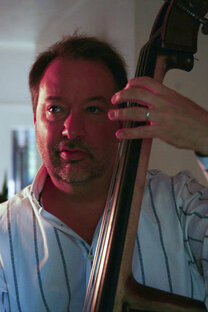 ​Internationally renowned bass player Phil Baker has been a member of The Michael Allen Harrison Super Band since 1988 and the bass player for Pink Martini since 2003, appearing with the band across the globe and alongside some of the most acclaimed symphony orchestras in North America. Having recorded on over one thousand jazz, rock, pop and blues albums, Baker is one of the West Coast’s premiere bass players.

Baker toured with Diana Ross for nine years appearing with her on The Tonight Show and sharing the stage with her during her legendary concert, “Diana Ross – Live At Central Park.”
Baker has also performed with jazz legends Eddie Harris, Joe Henderson, Bobby Hutcherson, Sonny Stitt, Diane Schuur, Tom Scott, Les McCann and Ernie Watts among hosts of other revered musicians. He took the stage, playing bass at the prestigious Motown 25 with Michael Jackson, Smokey Robinson, Marvin Gaye and Linda Ronstadt. Baker has toured with Gino Vannelli and played on his Yonder TreeCD. Recently, Baker has appeared with Nat Adderley, Scott Hamilton and Joe Lovano. Baker, who has also appeared on The Late Show with David Letterman, Late Night with Conan O’Brien, HBO, American Music Awards and Winter Olympics productions, has taught hundreds of bass students and dozens of clinics. 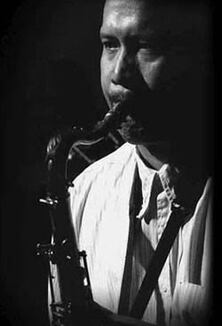 ​Renato Caranto is an extraordinary musician, known for his versatility in Jazz, Blues & Country music with his tenor & soprano saxophone. He is a regular member of the Mel Brown Quartet and toured for many years with Merle Haggard. He has performed in several major festivals in the area including the Mt. Hood Jazz Festival, the Waterfront Blues Festival, and the Cathedral Park Jazz Festival. He has also recorded on dozens of CD projects in whole or as a featured soloist.
1994 was a big year for Renato. He signed with a local independent label and recorded his debut album, "Blues For Ama". He also was the recipient of the Cascade Blues Association's "Muddy Award" for best saxophone player. Renato has garnered the "Muddy Award" an additional five times while playing with numerous local and national blues acts.

​In 1999, Renato completed his second CD, "Generations". His third CD "Straight Ahead" was released for a limited run in 2002 to rave reviews. His fourth album "Nice To Be Home" was released in August 2006 by Portland based jazz label Diatic Records. It features Renato with Mel Brown, Gordon Lee, Thara Memory, Andre St. James, and Stan Bock. 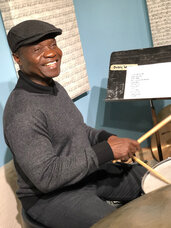 A member of The Michael Allen Harrison Super Band since 1984. A master drummer and percussionist originally from Ghana West Africa, Israel’s own style comes from jazz greats such as Max Roach, Cosy Cole, & Elvin Jones.

In addition to jazz, Israel is a specialist in percussion, and congas. Tour History: BBC studios in London, traveled through Africa, Europe, and the US. He’s played with Highlife pioneer E.T. Mensah, Obo Addy, and the Ghana Broadcasting Orchestra.